The vision to redevelop a previously inaccessible cellar within a scheduled monument into a fully accessible public facility was only made possible through extensive research, consultations and investigations into the existing fabric with numerous specialist heritage consultees.  Unlocking the project was the identification of one section of later rebuilt Victorian vault within the original medieval structure, the identification of this one section of less significant masonry provided an opportunity for radical change to the building as its removal could be justified if access for all could at last be achieved.  Permissions were then sought for scheduled monument consent, listed building consent, planning permission as well as CFCE (Cathedrals Fabric Commission for England)  permission for the access to and conversion of the former monastic cellar into a fully functioning education facility.
Through extensive and continuous dialogue with the cathedral archaeologist, the environmental engineer and Historic England a conservation philosophy was developed to ensure the lightest possible touch on the medieval space whilst still delivering a new inspiring and flexible community education space. 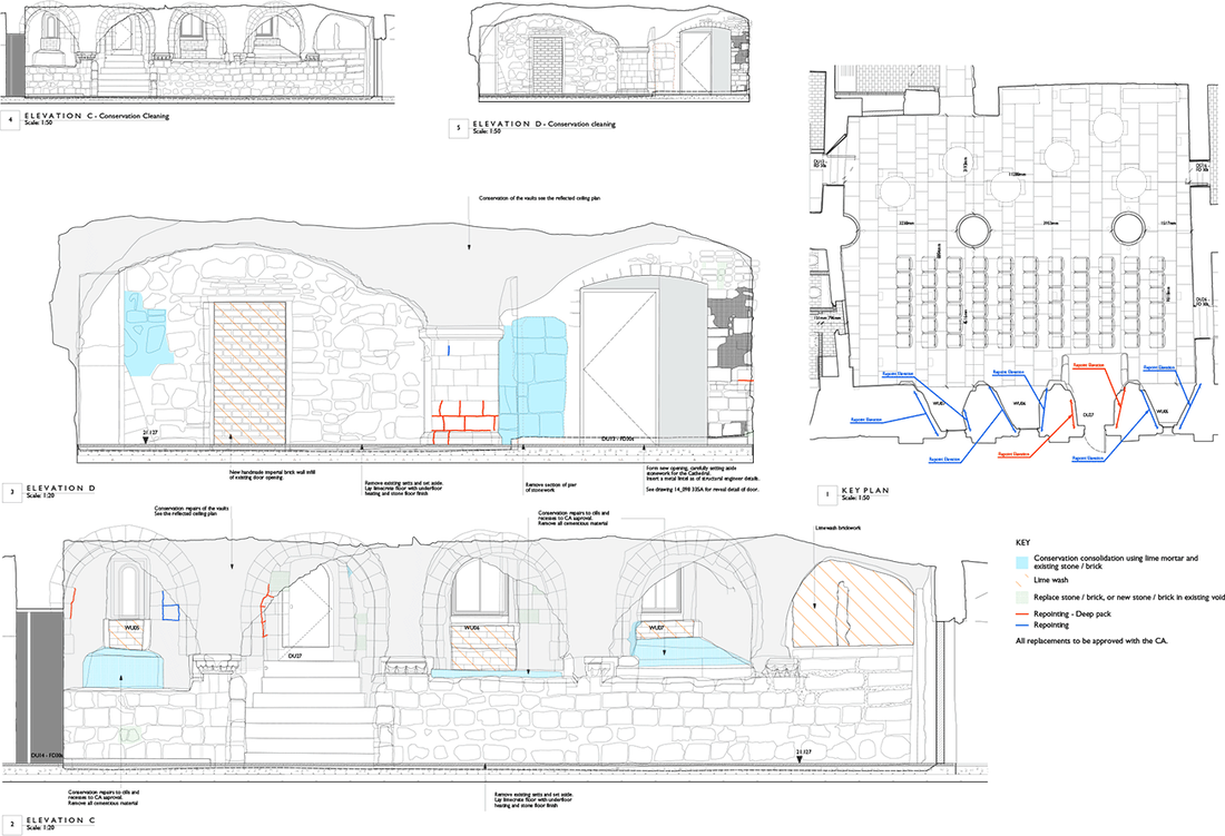 The centre will play a decisive role in maintaining the Education Department’s existing status as a beacon of excellence in educational outreach and a model of best practice which other cathedrals aspire to emulate. The facility will be available to non-formal learners and community group activities throughout the year reaching wider non-educational audiences.
READ MORE
The work is being carried out by ICON (The Institute of Conservation) accredited stained glass conservators from Holy Well Glass based in Wells, Somerset. Work on the project commenced in March 2015 with the erection of both exterior and interior scaffolding. The glass in the upper tier of lancets has already been removed to the conservators workshops in Wells and temporary protective sheets of polycarbon have been tted in the window spaces. When the work on the upper tier glass has been completed it will be refitted and the lower tier will be removed and treated similarly. The whole project is anticipated to take 8 months and be fully completed in the Autumn of 2015.

Edgar Tower (Scheduled Ancient Monument No 264), also known as the Great Gate, was completed in 1369 by the Prior Braunston. It appears to have been a residential Tower of high status with vaulted chambers in each turret and a Great Hall, used as a Court House above the gateway. There are still sections of Norman chevron ornamentation built into the interior walls..
TheTower is faced entirely in red sandstone from quarries further up the River Severn. This local stone is highly calcareous and reacts dramatically with lime based materials making conservation challenging as most traditional conservation techniques are lime based. The condition of some sections of the external stonework of Edgar Tower has been of concern for more than 20 years. The 2011 Quinquennial Inspection Report confirmed that the condition of the stonework was very poor, particularly to the south west turret and that there was a risk of stones falling on to the roadway below. Urgent repair works were begun by the Chapter’s own in-house team of stonemasons in 2014 with further phases planned for 2015 and 2016. The repair and conservation of the great timber gates, which date from the 14th Century follow the first phase of stonework repairs.
The first step in this process will be to carry out an in-depth survey of the gates today, carefully recording all the phases of repair, the construction in detail, condition of metalwork and all missing elements. Alongside the condition we would also seek to better understand the significance of the gates through a heritage and typological assessment. Once we have established how the gates are formed and function we can then design a programme of necessary repairs to support the function and conserve the gates in use – adopting a minimal intervention approach. The process will require an experienced Conservation Team led by the Cathedral Architect and including the Cathedral Archaeologist, a Dendrologist, a Timber Specialist and a Structural Engineer. 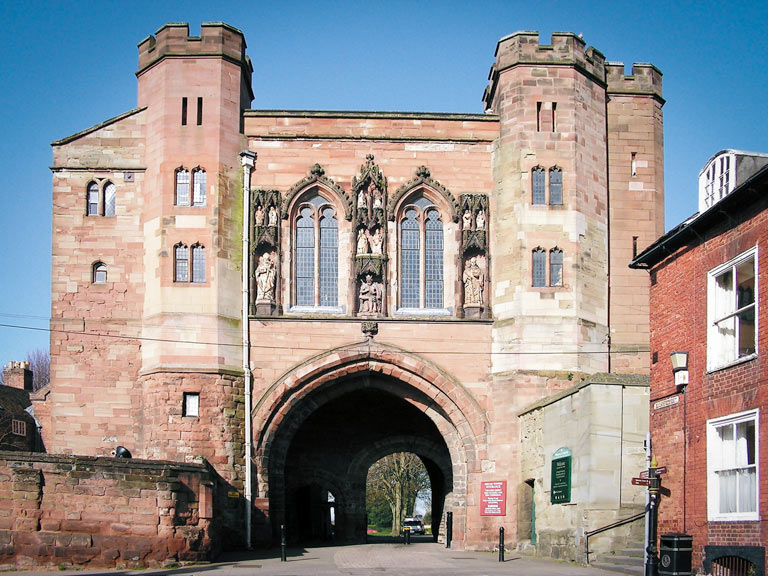