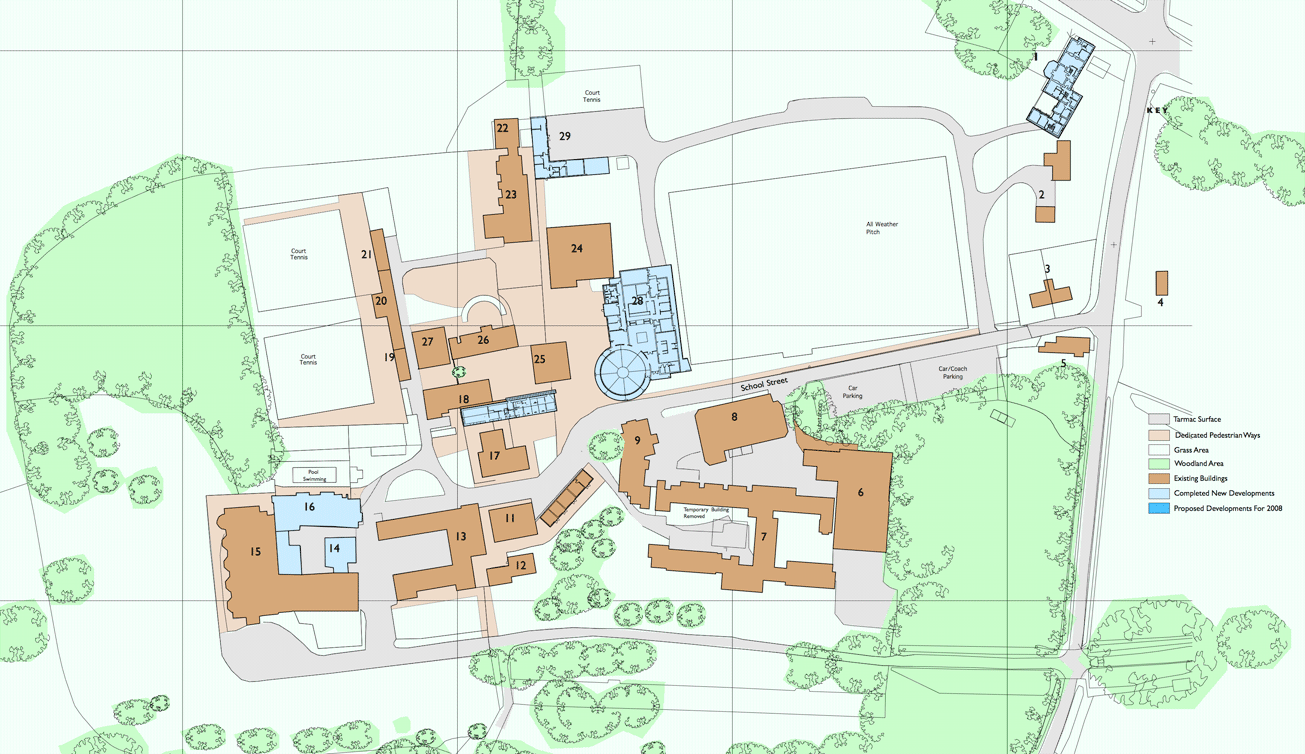 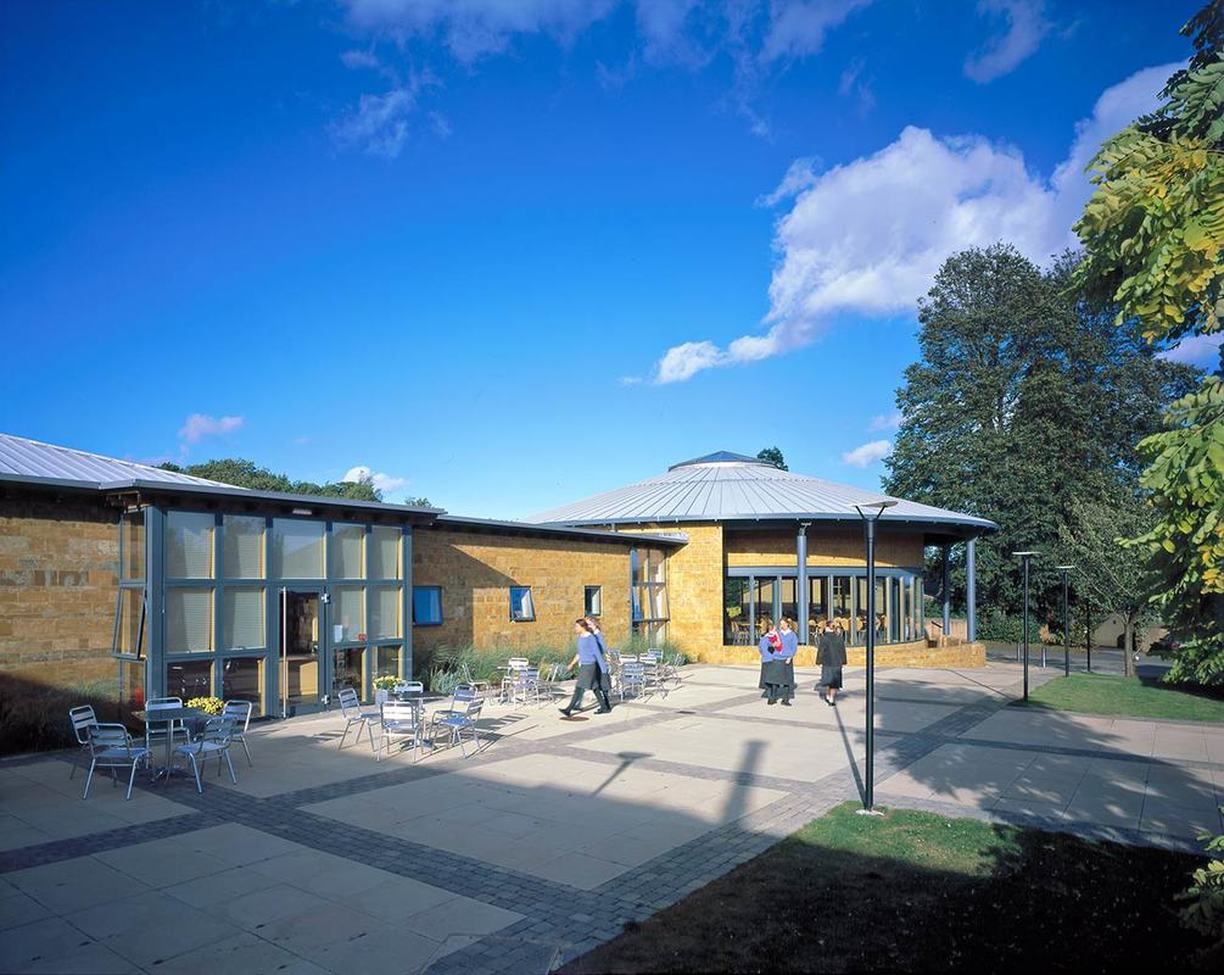 Having successfully completed an overall masterplan strategy for the future of the school site, the first phase of works undertaken by the Acanthus Clews School architects was the construction of new dining hall and kitchen facilities for the schools growing number of full time boarders. The building has become a focal / gathering point within the campus and is seen as a flagship development by both governors and staff. Facilities include dining for approximately 220 pupils, a commercial kitchen and server area, school shop, changing and laundry facilities. 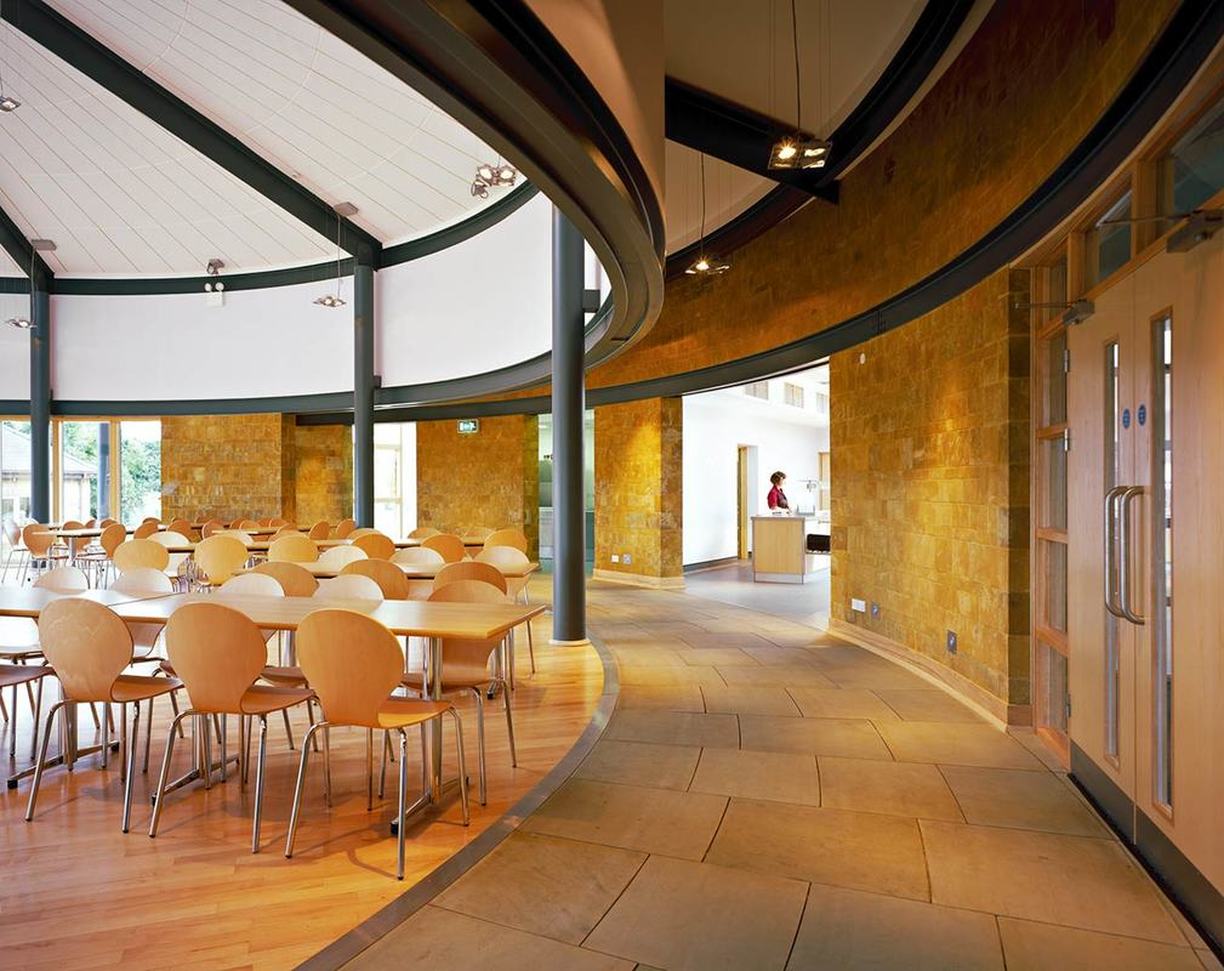 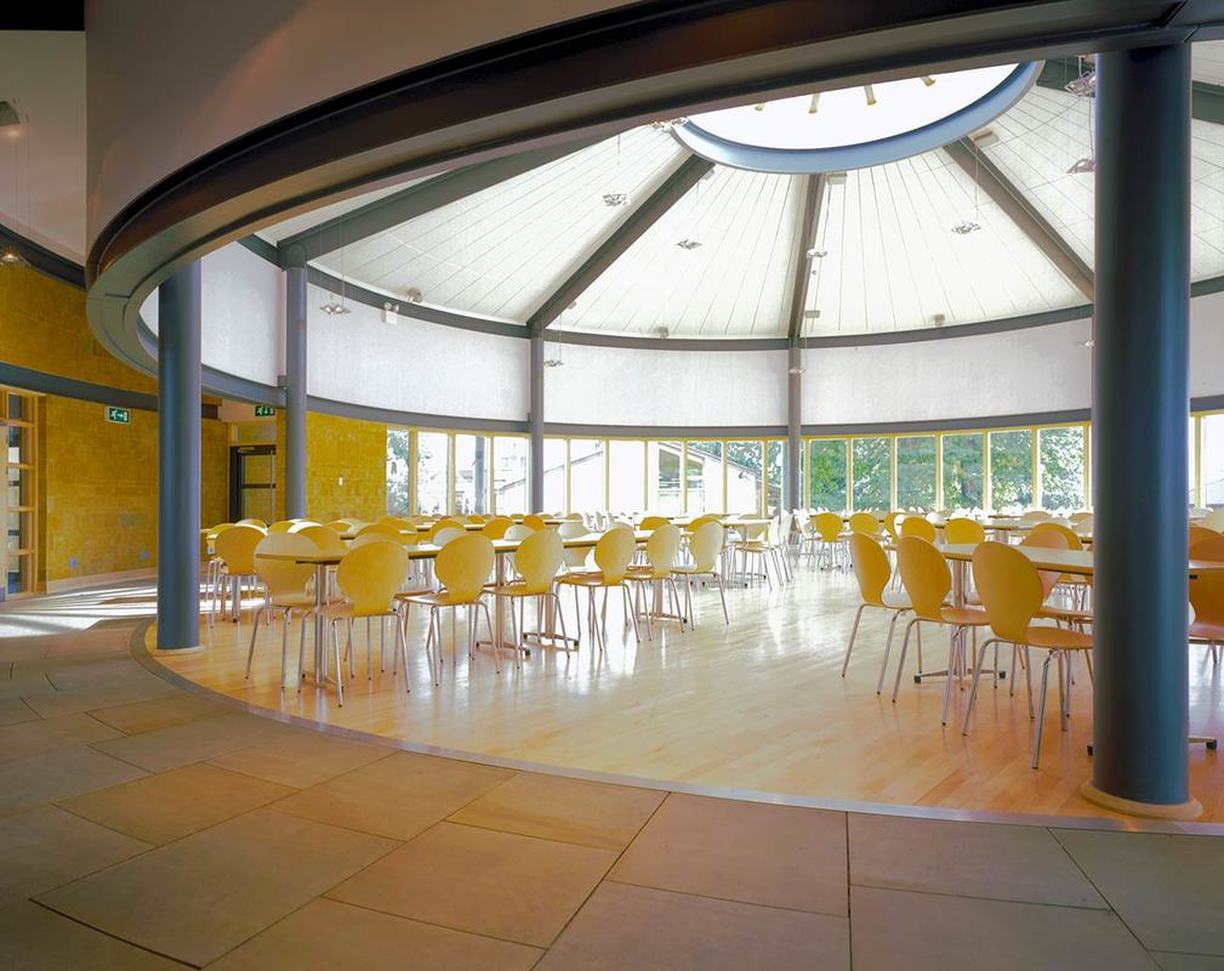 The new building has allowed for the existing dining hall to be converted into a new sixth form common room and the kitchens to become a dedicated medical centre for pupils. In turn the decanting of sixth formers from their old common room space has allowed a new library and ICT suite to be developed over two floors in the listed, main school 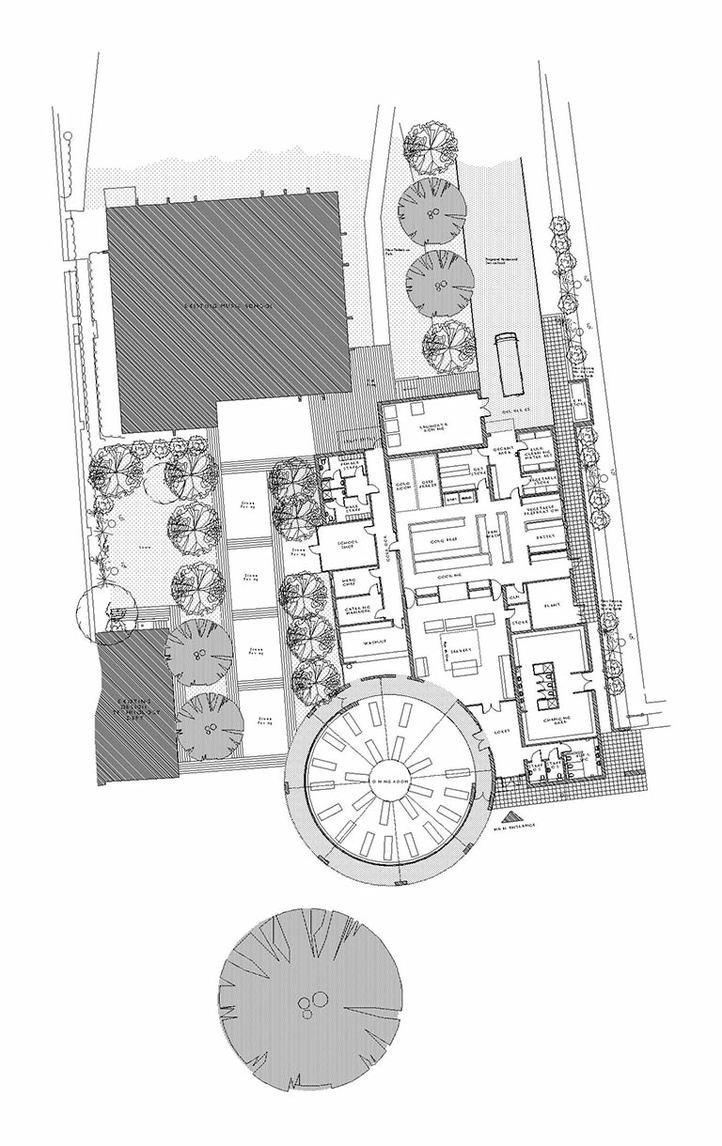 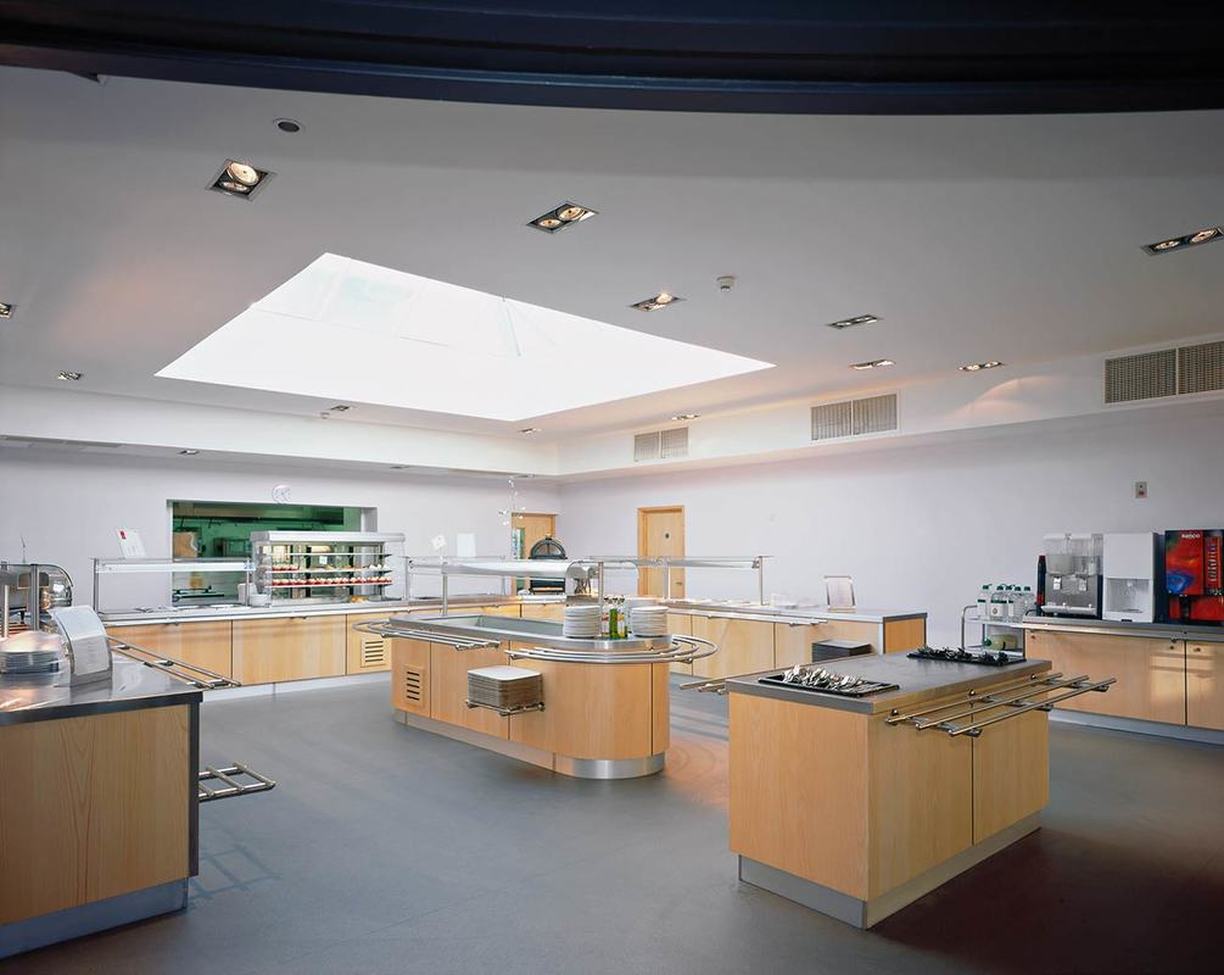 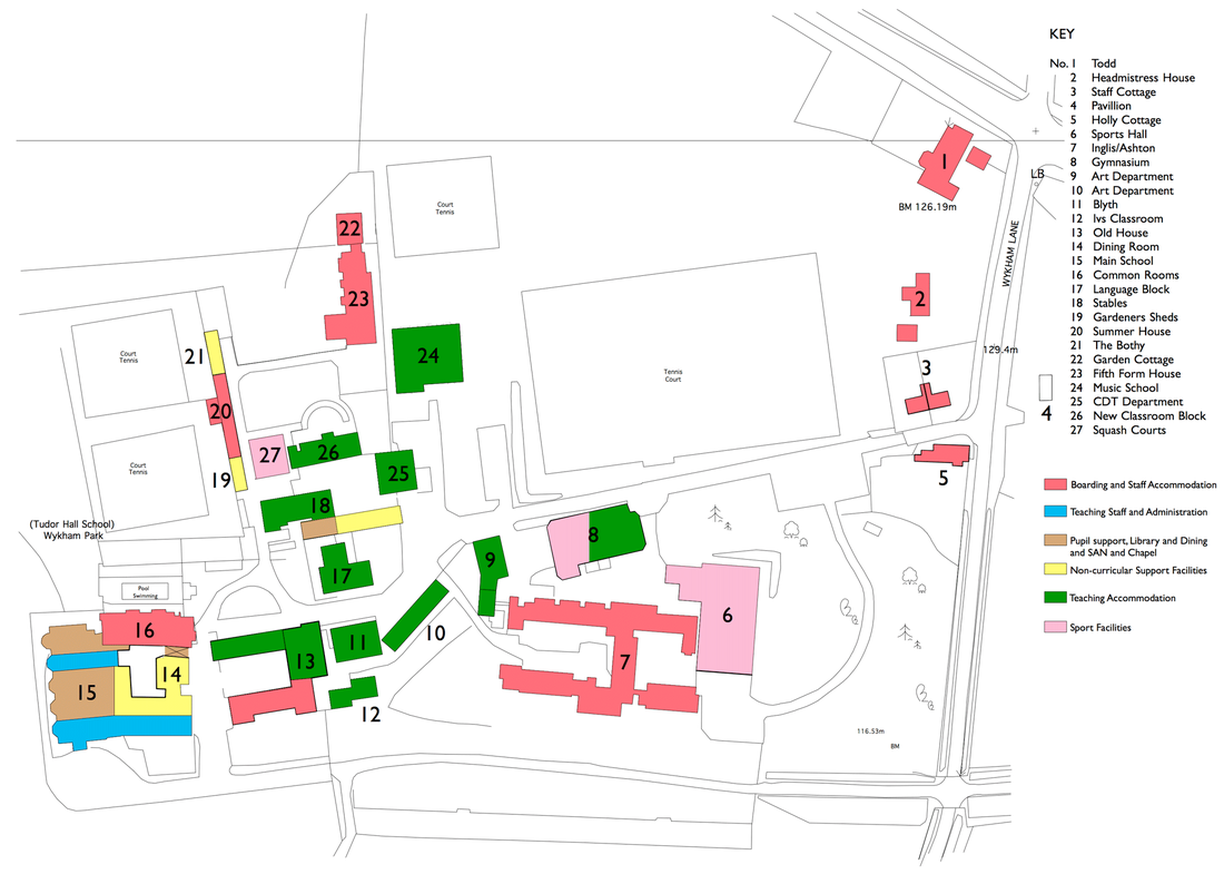 NEW LEARNING RESOURCE HUB & SIXTH FORM FACILITIES
The creation of the new Dining Hall building unlocked areas within the heart of the existing school which could then be refurbished and converted into academic spaces, reinforcing the importance of the main school building.
​
Decanting the existing, dining and kitchen services allowed the spaces to become a new Sixth Form Study Area, whilst the old common rooms were converted to a new Learning Resource Hub, including the insertion of a mezzanine floor to create additional space for research and quiet study. 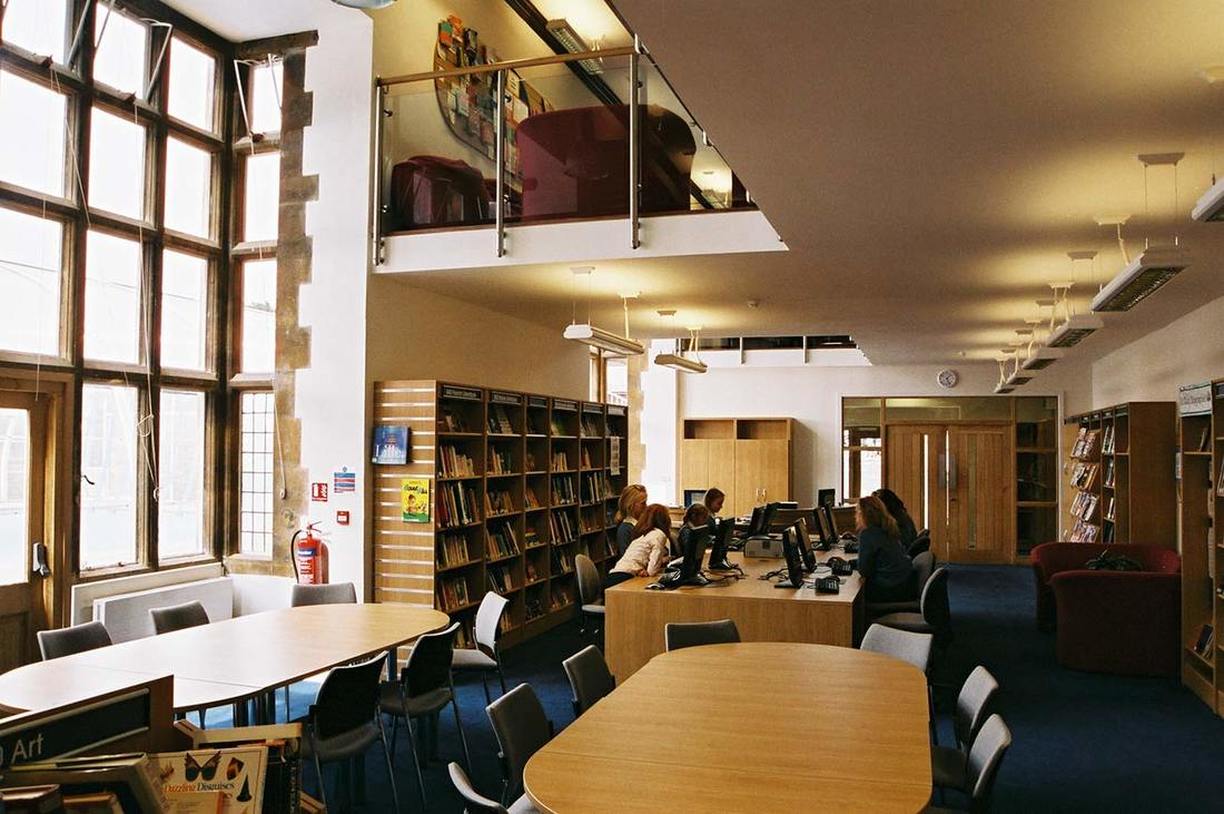 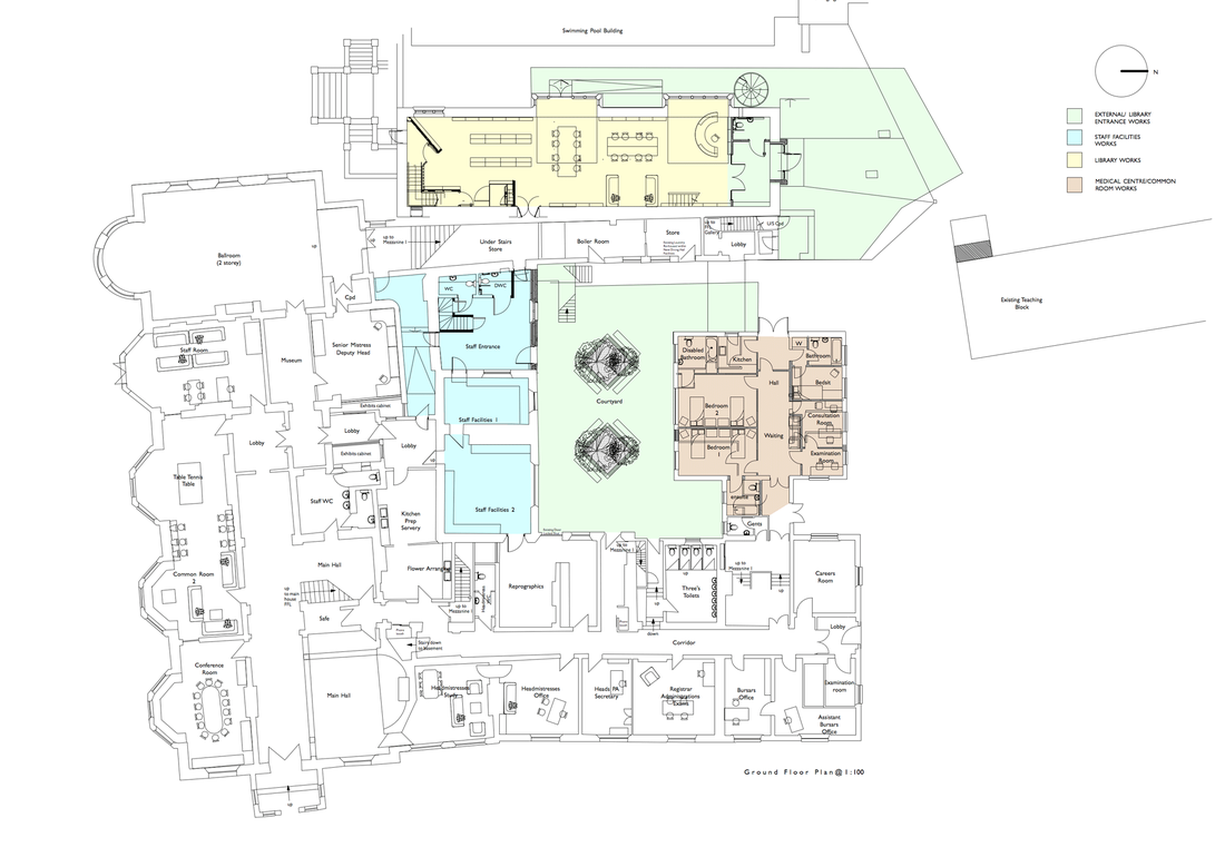 Part of the original Masterplan proposals highlighted that the School’s Maintenance Team had, over time spread facilities and storage throughout the site and within the heart of the main school buildings.
​
Proposals were implemented to consolidate this into a purpose built workshop and storage facility , sited away from the main pedestrian and pupil routes through the school. 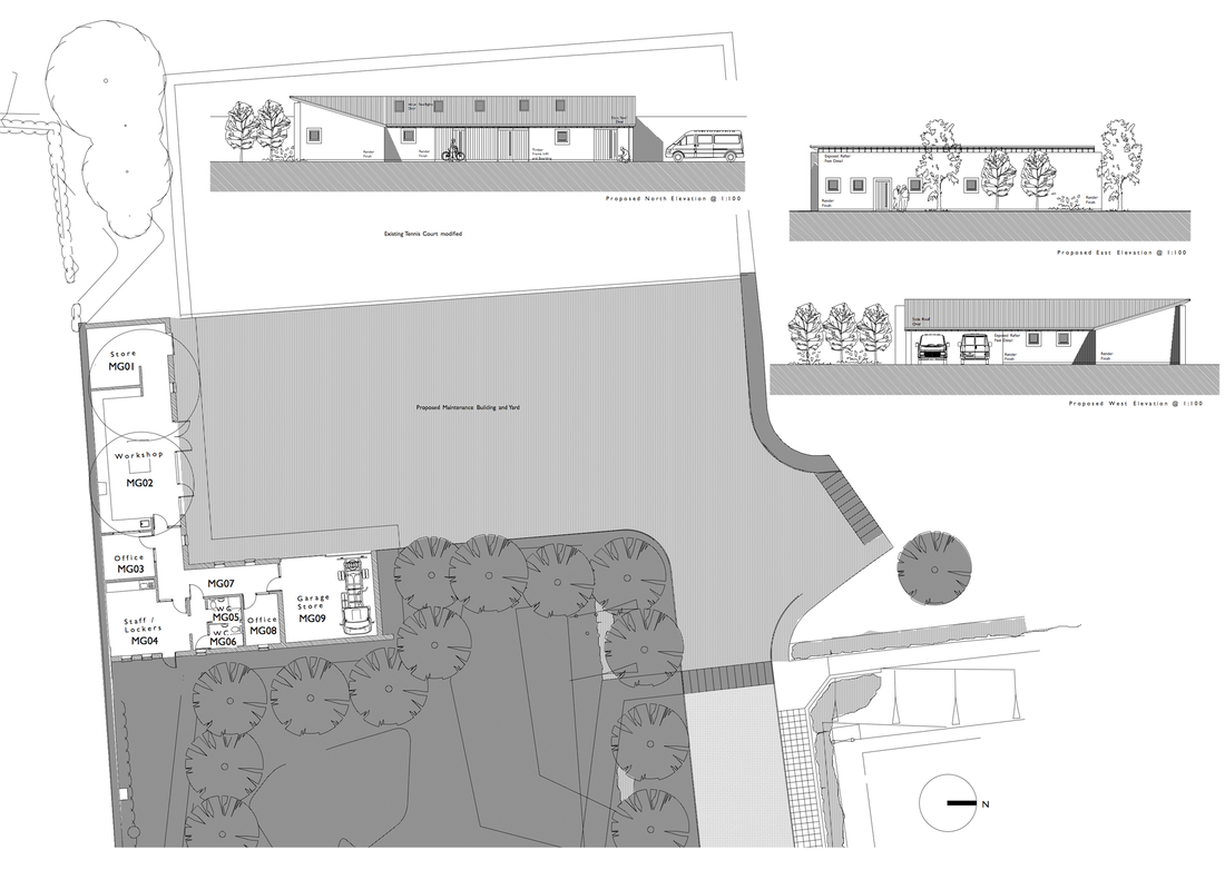