EXTENSION AND REORDERING OF INTERIOR 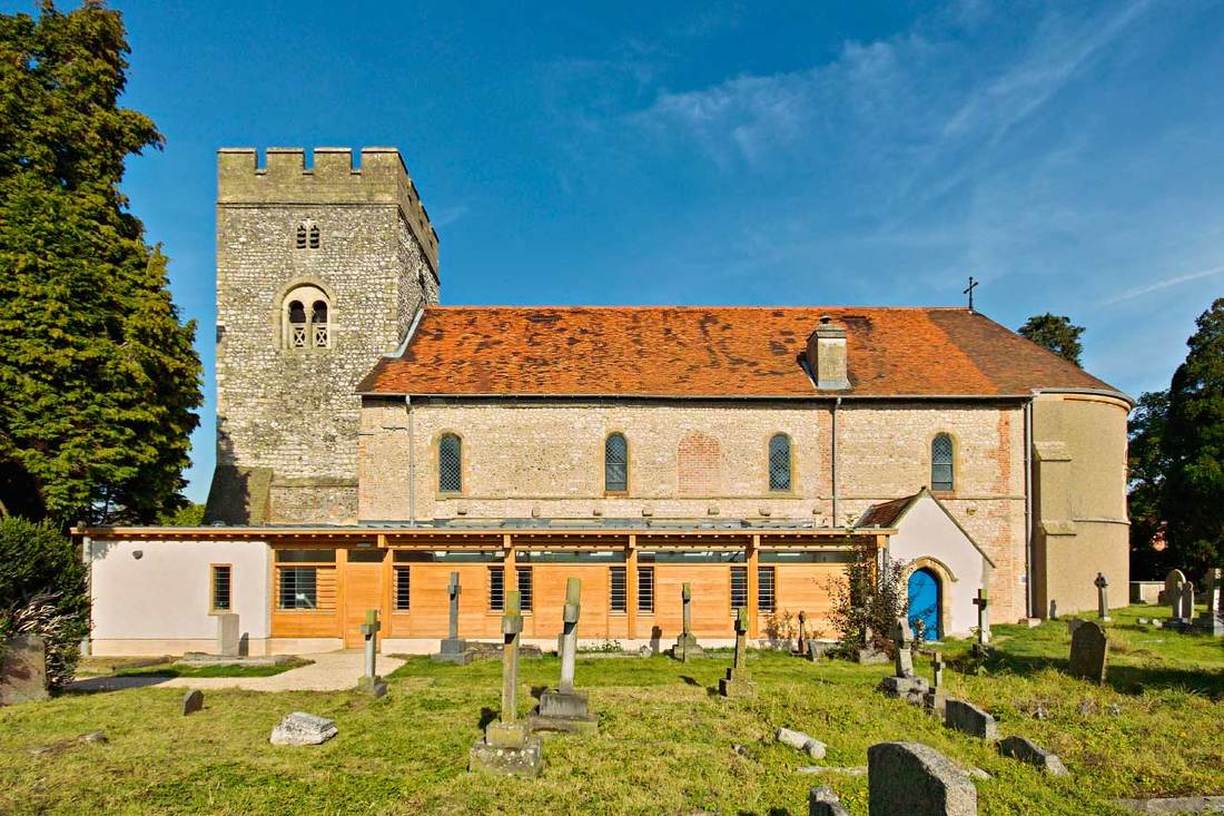 St Thomas of Canterbury dates from the early C12th and consisted at that time of West Tower, an aisleless Nave and a Chancel with an apsidal east end. Late in the C12th an Augustinian Priory was founded. The nuns then built their own Church as an extension to the Parish Church, the Apse was demolished and a wall built with a doorway dividing the two Churches in the Chancel. The Priory was extended to the south and west of the Parish Church. A plan showing this from excavations made in 1892 – 93 by Percy Stone show the Cloister attached to the south wall and the Nun’s Church, and the North and South Transept corbels, which supported the Cloister roof, can be seen. The Priory was not well endowed and fell into a ruinous state before the Dissolution. Following the Dissolution the Nunnery Church was destroyed and the stone dividing wall forming the east wall of the Chancel to the standing Parish Church.
​
In 1887 the east wall which divided the Parish Church and Nun’s Church was removed and the Apse was re-erected on the old foundations by Ben Corser. At the same time the Organ Chamber and Vestry were added. In the Organ Chamber the former 3-light windows from the east wall of the Aisle were reused. In 1937 the Apse arcade in the Norman style was added to the design of Lawrence Dale.

The present Church is Listed Grade I and consists of a Chancel, Apse, Organ Chamber, Nave, North Aisle, North Porch,West Tower, South West Vestry and a recent extension to the south of the West Tower. Externally the original walls have been pebble dashed, which is unfortunate, both visually and affecting the moisture content of the walls. Nonetheless, the form of the original Norman Church is evident. Internally the Norman Church is still evident, but the fittings and floor have been much altered.

​Acanthus Clews Conservation and Community Architects were appointed in 2005 to develop a scheme for the extension and reordering of the church that had been previously prepared. The brief, following reconsideration of their needs, was extended and a redesign resulted, the objective being to ensure that the Church, whilst retaining its fine architectural character, is more flexible and as accessible as possible so that it can better connect with and serve the wider community. 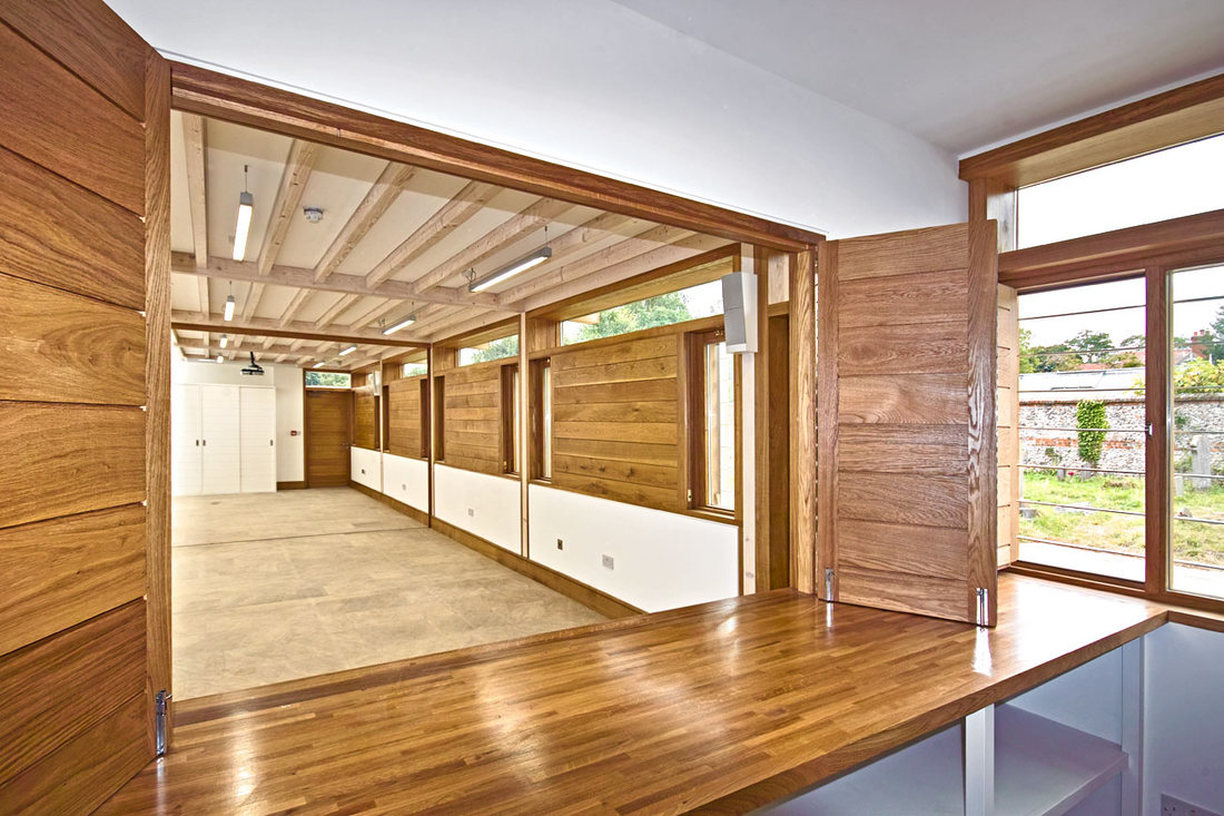 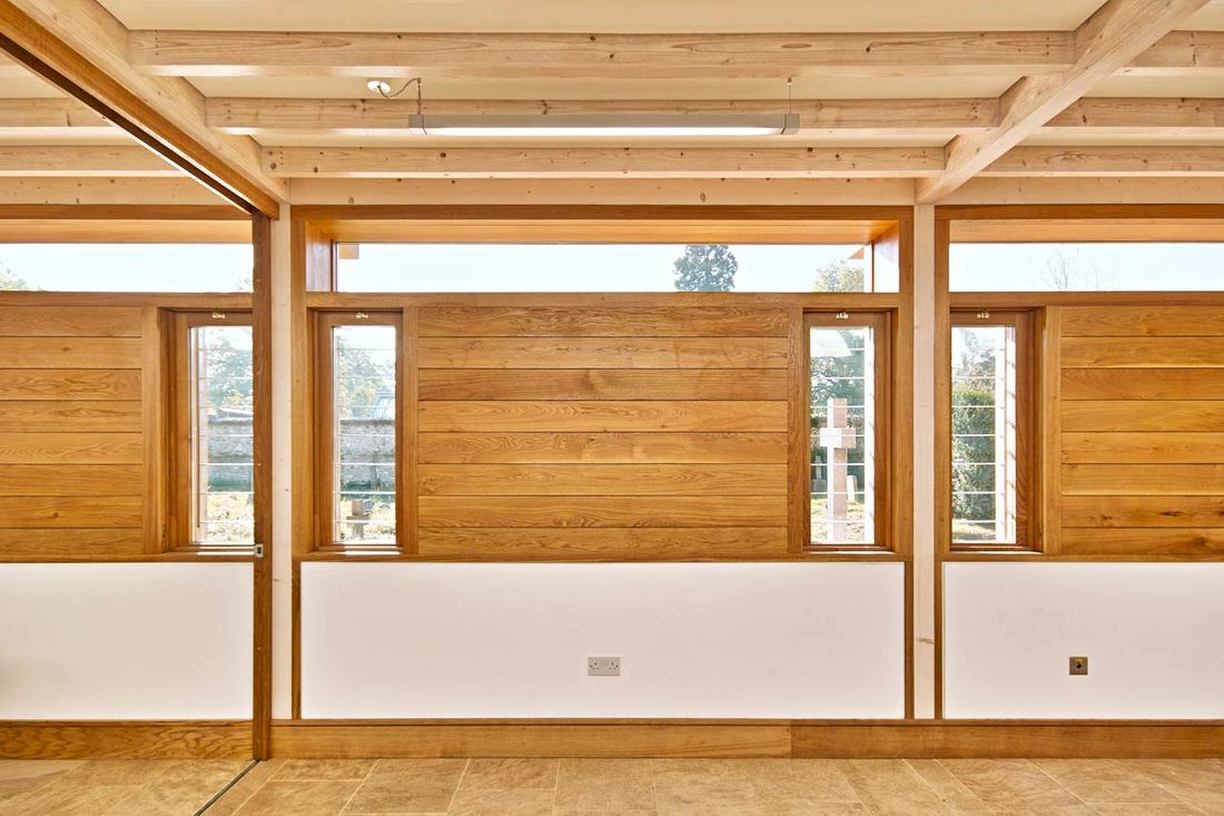 The scheme comprises two areas, that of the reordering of the interior in the existing Church and the forming of an extension to house new facilities and two multi function rooms.
​
The new extension is connected to the main body of the Church via the re-opened and raised Nuns Doorway. Because of the level change between old and new, a new stone ramp and handrails have been introduced to connect to the re- ordered Nave. The extent of the remains of the ‘Nuns Doorway’ allowed its incorporation albeit in a modified form as a connecting route between old and new with new Ancaster stone floors and under-floor heating. 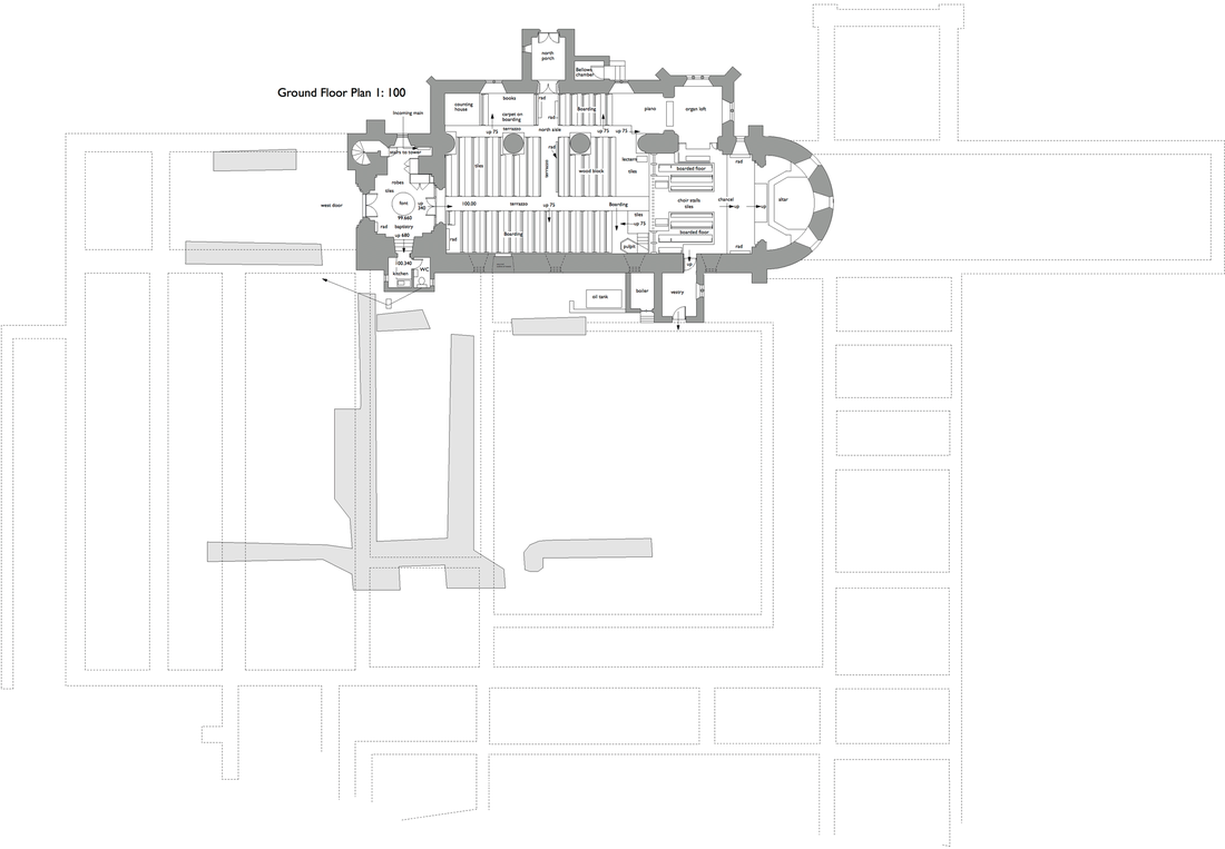 The site constraints caused also caused some concern with regard to the potential effects of heavy masonry and steel construction on the existing ground, the solution adopted was for a lightweight glulam timber post and beam frame to support the oak and lime render façade of the extension. This allowed the construction to include sustainable materials and products in the construction in addition to the timber and lime elements, hugely sustainable on their own, these include sheep’s wool as the insulation in the walls, and a passive solar driven ventilation system for the lavatories and the cleaners cupboard. 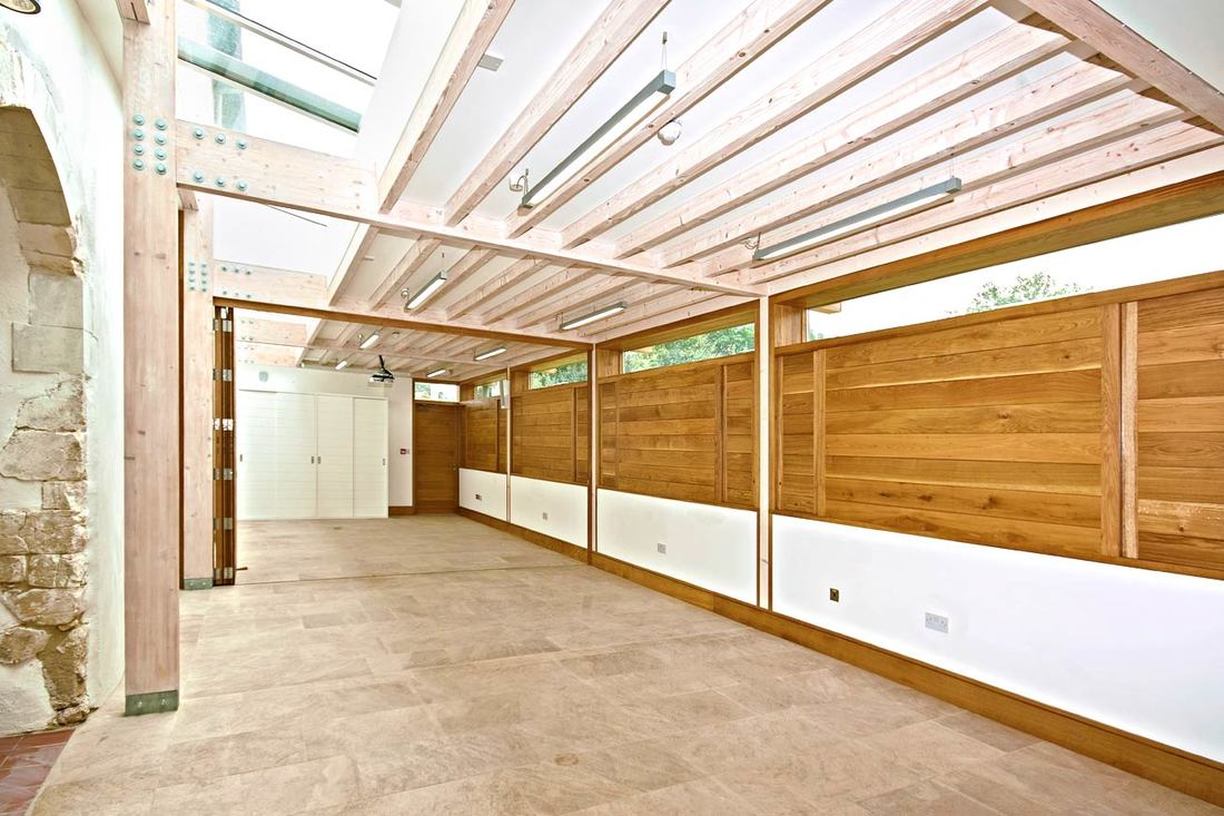 The new scheme also has included the removal of all of the pews in the nave, removal of the existing floor structure in the nave and north aisle and replaced with a breathable ‘Limecrete” floor and underfloor heating. The new lime concrete floor construction in the church below the stone finish includes recycled glass in the insulation/hardcore bed and recycled glass as the aggregate instead of gravel saving depleting resources. In the Chancel, relocation of the Rood screen to the east end and removal of the choir stalls and communion rail has cleared the space for a new Altar and recital space on a new stone dais protruding into the nave. The pews and stalls have been replaced with moveable stacking benches; the retention of the north door as the main entrance with the font relocated nearby in the reordered North Aisle. The removal of the external pebbledash and replacement with lime render both internally and externally has been conducted to allow the wall to breath.